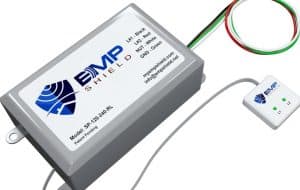 One of the most likely scenarios that Americans will have to face in our lifetimes, is an EMP (Electromagnetic Pulse) strike. An electromagnetic pulse is the abrupt pulse of electromagnetic radiation resulting from something very powerful like a nuclear explosion detonated in the air above the country or a solar flare.

One or two nuclear weapons detonated over the United States would cripple our entire country. Anything with an electronic circuit or computer that is not protected will be fried and rendered completely non-functional. Cars, cell phones, computers, and most appliances will no longer work. We will be without electricity or gas in much of the country because so much of these delivery systems are electronic, and are not protected.

The company EMP Shield has developed the most effective way to protect our homes and vehicles from an EMP that I have ever seen. Their system is so effective they sell a lot of their units to local police departments and the military. Their units exceed the military’s standards for the protection of critical infrastructure. They make consumer household units that will protect all electronic devices plugged into your home. And they make consumer automobile units that will protect any vehicle. And they are amazingly affordable.

Here is a really informative interview with the founder of EMP shield where he explains how these units work, and why they are so effective at protecting your home and vehicles against an EMP. If you want to protect yourself from a possible EMP, this is a video you will want to watch. If you decide to purchase one of these units, clicking on this link will give you the $50 discount (on each unit), that they talk about in the video.

Here is a video I made recently on the Emergency Prep Guy Youtube channel showing you how to install EMP Shield in to a Toyota Tundra. 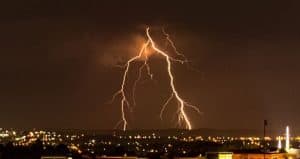 Even though it kind of goes without saying, if the EMP Shield units will protect a home from something as powerful as an EMP, they will also be the best whole home protection against lightening storms as well! They sell a lot of these units primarily for home and office surge protection (on steroids).

If you think about it, literally every electronic device that is plugged into your home will be protected from normal power surges such as from a thunder and lightening storm! That is pretty cool. What are these units worth strictly for this purpose alone? As you can tell I am super excited about finding out about these units.

How Likely Is An EMP? 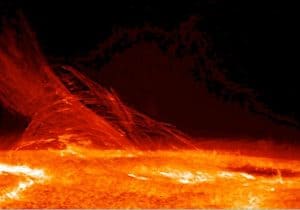 Our Earth experienced an electromagnetic pulse in Sept 2 1859 called “The Carrington Event“. It was caused by an unusually strong solar flare. “That night, telegraph communications around the world began to fail; there were reports of sparks showering from telegraph machines, shocking operators and setting papers ablaze.” The damage would be magnified immensely should it happen with today’s technology.

Should the United States ever be attacked in a war, almost all foreign strategies include starting with an EMP strike just before a regular nuclear attack, because they know our power grids and infrastructures are so vulnerable and would be paralyzed. It could also be done by terrorists with portable nuclear weapons.

In my emergency preparedness efforts one of the things that always seemed the most overwhelming and expensive was preparing against an EMP. You literally need extra components of everything that you want to protect, placed into a Faraday bag or cage. This means an extra laptop, cellphone as well as extra vulnerable component parts for major appliances (such as a refrigerator) etc.

I was currently looking for a 1970’s vehicle to purchase because they are old enough they won’t really be affected by an EMP. But these EMP Shield units solve this problem so affordably and easily. My first thought in fact was “this sounds too good to be true”. So lets talk about how these units work.