Pemmican is the original protein bar. It is full of protein, fat, and calories. This high-calorie, nutrient-dense staple food has its roots in American history long before refrigerators and modern canning methods existed to keep meat and perishables safe. Due to its high nutrition, long shelf life, and ease of making, pemmican is the ultimate survival food and you can make it to include in your preps and meal plans.

To make pemmican, you will need to salt and dry fresh game meat and then pulverize it to a powder. Next, render the fat from your cut of meat and mix that back into the powdered meat. Finally, allow it to harden. Cut and store your pemmican and you have a survival staple that has been around for centuries.

In this article, we’ll talk about how to make the ultimate survival food: pemmican. We’ll go over the supplies you need as well as the process to make it safely. We’ll also talk about some additional things you can add to your pemmican, how to store it, and how long it will last. But first, let’s talk about what pemmican really is.  Many other survival foods you can purchase from the grocery store, however Pemmican will not be one of those foods.

Pemmican is a food that originated from the Indigenous tribes of North America. It is a combination of protein (meat), fat, and sometimes berries. It is typically shaped into squares or small bars and wrapped individually for storage. Pemmican is nutrient-dense and has a long shelf life.

The name, pemmican, comes from the Cree word, Pimikan, meaning fat or grease. Although we don’t know the exact origins of this old-fashioned food, we do know that the indigenous Americans made pemmican long before the colonization of North America. They passed on this survival food to settlers, who began using it for travel.

For example, Robert Peary, who explored the North Pole in the late 1800s, used pemmican to feed both his men and his dogs. Later, Pemmican was given to British troops during the Second Boer War along with chocolate and sugar. Finally, in the 1920s, it was used as a ration for the French forces fighting in Morocco.

Pemmican was very useful because of its calorie density and its long shelf life – it could last for months and possibly years. After North America was colonized, it was introduced to fur traders because it was lightweight, easy to carry, and had such a long shelf life. In addition, it was an excellent food for travel.

Indigenous peoples still make pemmican today for food and for ceremonial purposes. However, survivalists and preppers have discovered its benefits – especially its long shelf life – and have added it to their list of preps. Hunters and hikers also enjoy this food as an easy meal to take on the trail.

If you don’t want to make your own pemmican, you can purchase it already made. For example, Tanka Bar is an indigenous-owned company that manufactures and distributes pemmican commercially.

How Long Does Pemmican Last?

Although pemmican can last for years, you do need to be careful it doesn’t go bad. If you keep it in the refrigerator, the moisture content in the fridge can cause mold to grow, so you’ll need to check it before you eat it. After a few years, pemmican can go rancid. You’ll know if it has gone bad if you spell a rancid or strange odor.

Pemmican is nutritionally dense. According to myfitnesspal.com, one ounce of beef pemmican contains 293 calories, 1 g of carbs, 26g of fat, and 15 grams of protein. You can add berries to increase the number of carbs.

The taste of pemmican varies depending on what you put in it. Simple beef pemmican tastes a little bit like greasy beef jerky. Many people don’t particularly enjoy the taste of it, but you can improve the flavor by adding in berries, honey, maple syrup, and even peanut butter. Keep in mind, though, that the ingredients you add to your pemmican could change the shelf life.

The texture of pemmican is chewy but not hard, like beef jerky.

How to Make Pemmican

When Native Americans and fur traders made pemmican, they sundried thin strips of meat and then pounded it into a fine powder. Then they would store it in large sacks.

We can make smaller batches of pemmican, if we choose, and use modern appliances to make the process much more manageable.

The Process of Making Pemmican

Making pemmican has been passed down from the indigenous peoples of America to the settlers to modern-day life. Its longevity is a tribute to just good it is!

Pemmican makes a great survival food, but it is also a hearty meal for hikers, travelers, hunters, and anyone else who needs a calorie-dense food that is easy to carry.

If you are looking at ways to store without making Pemmican or using a refrigerator I recommend reading our article 10 Ways to Store Meat Without a Refrigerator.

You can purchase ready-made pemmican at grasslandbeef.com.

What are the benefits of making pemmican?

Pemmican is full of calories and protein, but it also stores well. Expert and beginner preppers can use it because it can keep long-term, or you can take it with you for hiking, camping, or backpacking. It is lightweight, easy to package, and doesn’t make a mess. You can eat it on the go because it doesn’t need to be cooked. It weighs less and is easier to carry than a traditional MRE.

What’s the difference between pemmican and beef jerky?

Do you need to cook pemmican before you eat it?

No. Once you have made your pemmican, it is ready to eat! You can eat it as is or mix it into a broth if desired. It isn’t hard like beef jerky and it isn’t really raw, either, since it has been dried.

What cut of meat works best for making pemmican?

You can use any cut of meat for pemmican, although leaner meat is better. It is an excellent way to use up less desirable cuts of meat.

What is Freeze Dried Food? A Nutritionist Explains

How to Purchase MRE’s Cheap Online

How to Store Flour Long Term 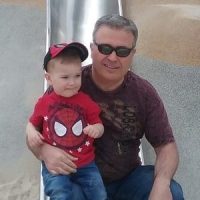 Hi! I’m David. For most of my life I have been interested in emergency preparedness. Over the many years things have changed a great deal. From freeze dried food, to LED lanterns, preparing for an emergency has never been easier. The continual research I have done over the years has become the basis for this website. Now it is one of the most trusted sources to learn about emergency preparedness.