Freeze-drying might at first sound like a contradiction in terms—is freeze-dried food frozen, or is it dried? Though you’ve likely eaten freeze-dried fruits, vegetables, meats, or other foods, you may have questions about the method by which these foods came to exist.

Freeze-drying occurs when foods are frozen, then dehydrated in a vacuum, thus maintaining their original size and shape. This form of preservation comes with some incredible benefits and is a fascinating scientific process! Not only does freeze-drying safeguard nearly all of foods’ nutrients, it can also be an excellent way to give fresh foods a lengthier shelf life.

Curious to explore the unique world of freeze-dried food? Read on for everything you need to know.

What Exactly Is Freeze-Dried Food?

Freeze-dried food is any edible item that has been preserved through a unique process of freezing, then drying. Processing food in this way allows it to retain its color, structure, size, and shape (and, perhaps most importantly, its flavor).

The official term for freeze-drying is “lyophilization.” It sounds complicated, but the process itself is relatively simple. Essentially, freeze-drying takes frozen foods and removes their ice by sublimating it directly from a solid to a gas—skipping the usual liquid phase.

Freeze-drying is typically conducted in four phases: pre-freezing, freezing, primary drying, and secondary drying. Here’s a look at what happens in each.

Before foods hit the freezer, they often require some form of pre-treatment. This may involve separating foods into individual pieces or treating them with materials that improve their appearance or increase their stability for freezing.

Now comes the part you knew had to be involved: freezing! But this isn’t just any type of freezing. Freeze-dried foods must be frozen at extremely low temperatures to solidify not only their water content, but all of their components.

When solids, liquids, and gasses are frozen together, it enables the process of sublimation, by which ice can be removed without passing through the liquid phase.

Once foods are completely frozen, the drying stages can begin. Primary drying involves applying both pressure and heat.

Lowering the pressure and adding heat creates the conditions for sublimation. About 95% of frozen foods’ moisture is removed during this initial drying phase.

To really ream all the fluid out of freeze-dried food, a secondary drying phase must be applied. Here, temperature is raised higher and pressure is increased further.

If any unfrozen water molecules remain in a food, this second pass helps sublimate them out.

What Is the Purpose of Freeze-Dried Food?

The earliest recorded freeze-dried food dates to the 13th century, when the Inca people began using the technique to preserve potatoes. Once these potatoes (called chuños) were fully dried, they could be saved and eaten for months to come.

This ancient people group was on to something!

To this day, freeze-drying is most often used as a method of extending foods’ shelf life. Whereas fresh strawberries or tomatoes will spoil in just a few days, for example, freeze-drying keeps them edible for months or even years.

If you won’t use up fruits, veggies, or meats within their usual spoilage time frame, freeze-drying means you can keep them on hand indefinitely. Plus, since there’s no need to refrigerate freeze-dried foods, they’re the perfect choice for portable snacking. (Or, if you happen to be an astronaut, freeze-dried foods make for less messy eating in space.)

An additional advantage of freeze-dried products is their light weight. Since their water content has been removed, these dehydrated foods weigh far less than they do in their original form. This makes them less expensive to transport—and, of course, adds to their convenience factor for tossing into a gym bag, purse, or backpack.

The best part: although freeze-drying takes away water, it barely makes a dent in foods’ nutrients. According to Columbia University, freeze-dried fruits and vegetables contain only slightly lower amounts of many vitamins than their fresh counterparts, and are rich in antioxidants and fiber.

Additionally, compared to merely dehydrating, freeze-drying’s cold temperature technique does a much better job of helping food hang onto nutrients. A 2020 study found that freeze-drying fruits (versus dehydrating them) allowed them to retain 93% more of the antioxidants known as carotenoids and 34% more vitamin C.

What Are Some Examples of Freeze-Dried Food?

Berries, bananas, carrots, corn, and broccoli are just a few examples of the rainbow of produce that can be repurposed into freeze-dried form. Still, though fruits and veggies are some of the most common foods to freeze-dry, they’re far from the only ones.

Essentially, any food that can be preserved by removing its water is a candidate for freeze-drying. (However, because freeze-drying requires time and expense, it’s often applied to “high-value” foods that perish quickly.)

You might be surprised to learn that meats, cheeses, and ice cream can all undergo freeze-drying. Online and in-person retailers offer entire meals made of freeze-dried ingredients, such as lasagna, beef stroganoff, and soup mixes.

Meanwhile, this form of food preservation extends to beverages, too. Wondering how you can have a beverage without liquid? Coffee grounds and tea leaves can be freeze-dried to extend their use. (You will, of course, have to add water to turn them into a drink, though.)

Is Freeze-Dried Food the Same as Frozen Food?

Although freeze-dried food starts out as frozen food, it doesn’t stay that way—so it’s not the same as the peas, carrots, or berries you’ll pull out of the freezer case at the supermarket.

Instead, it’s shelf-stable and dry, suitable for storing at room temperature.

How is Freeze-Dried Food Different from Dehydrated Food?

Whereas dehydrating foods involves applying just heat to remove their water content, freeze-drying is a more nuanced process. It uses freezing, heat, and pressure—resulting in even less moisture.

Besides taking out extra liquid, freeze-drying also does a better job of retaining foods’ inherent nutrients.

Yes! Freeze-dried food may not contain water, but it harbors all but a fraction of its original nutrients.

For people who have a hard time prioritizing healthy choices like fruits and vegetables, freeze-dried versions of these foods can make them more convenient (and, in some cases, more appealing).

And again, compared to other methods of food preservation like canning and dehydrating, freeze-drying better conserves foods’ nutritional value.

Just note that, because freeze-dried foods have had their water removed, they won’t provide the hydrating benefits you might get in their original form. (Fruits and vegetables, for example, often make up a significant portion of your daily hydration.)

While you can certainly rely on them to be nutritious, you’ll have to get your daily hydration from other sources.

These days, consumers are increasingly concerned about the use of chemical preservatives in their foods—and for good reason. Some additives and preservatives have questionable origins and have been associated with ill effects on health.

Fortunately, this is where most freeze-dried foods shine. While it’s not impossible for manufacturers to add chemicals or other preservatives during the freeze-drying process, they usually aren’t required. The sublimation of liquid is enough to prevent the development of harmful bacteria all on its own.

Freeze-dried foods serve numerous purposes, from extending the shelf life of healthy, delicious foods to increasing their convenience for on-the-go eating. And since these foods are typically all-natural and preservative-free, you don’t have to worry that harmful chemicals or nutrient-leeching heat methods have been used in their preservation.

What Are The Best Treats To Freeze Dry?

Freeze Dryer vs Dehydrator: What Sets Them Apart 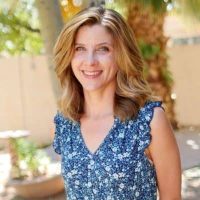 Sarah Garone, NDTR, is a nutritionist, freelance writer, and food blogger from Mesa, AZ. She is a regular contributor to Healthline, Greatist, Verywell Fit, Eat This, Not That!, and Jenny Craig. In addition to health and nutrition, her writing covers a variety of topics from parenting to spirituality to women’s lifestyle. Find her sharing down-to-earth nutrition info and (mostly!) healthy recipes on her blog, A Love Letter To Food